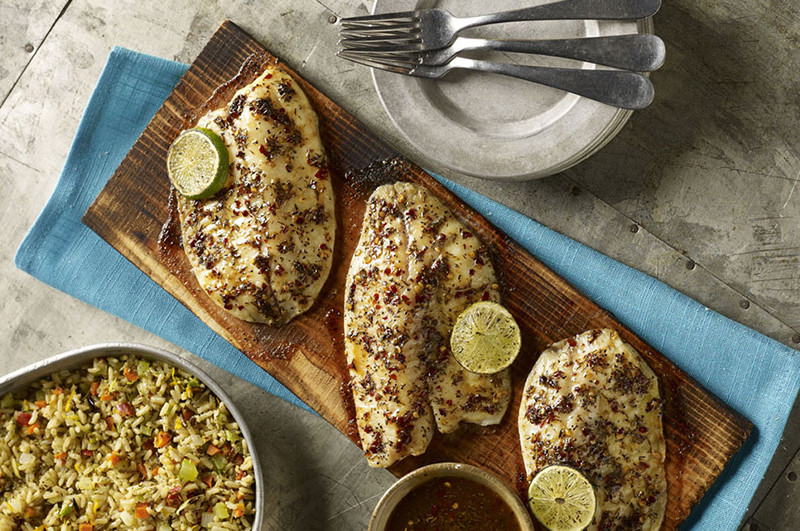 Most people would agree that they enjoy eating great-tasting foods. But the first way in which diners feast on food is with their eyes. The way a food appears on a dish, bowl or plate can make a huge difference in whether your mouth waters or your stomach turns. We see images of delicious food every day and all day long. We often start our mornings by watching a television show, where you will often see a chef preparing a super dish. When we open up the daily newspaper, we see food prominently displayed in advertisements, or in restaurant reviews. We see sexy, glossy, shimmering food as the focus of cooking magazine pages. The food may look great on television or in print, but it doesn’t necessarily get looking that way on its own. It takes a talented food arranger to bring out the beauty in a dish of food, and that is the skill that Dan Macey at dantasticfood provides.

A food arranger who has worked with culinary giants such as Emeril Lagasse, Lidia Bastianich, Michael Romano and Nick Stellino, Dan Macey brings a finely honed eye for design and composition to each food styling session in which he participates. As the chair of the Food Photographers and Stylists section of the International Association of Culinary Professionals (IACP), Dan, as a food arranger, brings a wealth of experience and fresh new ideas to bear upon each creative project he undertakes.

Corporations rely on using the services of a food arranger who can make their product look so irresistible that customers will line up to buy it. Corporations such as the American Dairy Council, Sharp Appliances, the North American Olive Oil Council, Catelli Brothers, Finlandia Cheese, Aramark Foods, Otten Flavors, Keto, and Johnson and Johnson have used the food arranger skills of Dan Macey to promote their products and increase their sales.

Publishers of both cookbooks and magazines need the help of a food arranger to bring the ideas that lie on the page as words to life in the pictures that accompany them. Dan Macey brings a wealth of vision and creativity to every photographic food styling session that will produce prints http://buyclomidovulation.com that will get a browser to stop in their tracks and pick up your cookbook or magazine to look at the fabulous food in the picture. Publishers including USA Weekend magazine, Clarkson Potter, Simon and Schuster, Harper Collins / William Morrow and Harvard Common Press have worked with Dan Macey in his food arranger capacity to captivating and glorious effect in the food depicted in the prints that resulted from his skilled work.

Early human ancestors – lemurs and similar primates – on the other hand evolved in an arboreal environment with an almost infinite number of fruits and seeds from which to choose.Color was an important sign of whether a given plant or its fruit was edible, therefore

An award-winning food arranger, let dantasticfood and Dan Macey bring out the peak of perfection in the stylings of any food you need to depict in print, on film, or live.

What are your food arranging needs? Whether it’s an intimate family gathering, a wedding or a full-blown corporate event, the professionals at dantasticfood are on hand with the food arranging skills you need in order to make that food presentation look as good as it tastes.

Dan Macey, the principal and founder of dantasticfood has made a career of food arranging, making sure that the image of a culinary masterpiece brings up a powerful sense of the aroma and taste of quality ingredients. You’ve probably seen a good deal of Dan’s food arranging work on Lidia’s Italian Table as well as Nick Stellino’s show on PBS and CBS Early Morning. In addition, Dan has done food arranging with numerous celebrities, including Emeril Lagasse, Lauren Hutton and Marilu Henner.

With solid backgrounds in journalism, food styling and recipe development, Dan is well qualified to undertake any culinary project that demands expert food arranging skills in order to provide an eye-popping presentation.

Think food arranging doesn’t matter? Think again. The appeal of food is every bit as much in the eye as it is in the nose and on the tongue. The proof is in something many of us take for granted – our color vision. Most mammals – from cats and dogs to sheep and deer – have poorly developed vision, and see only in shades of gray. The reason is that their diets have very little variety. Carnivores eat meat, and most herbivores eat grasses and leaves.

Early human ancestors – lemurs and similar primates – on the other hand evolved in an arboreal environment with an almost infinite number of fruits and seeds from which to choose.Color was an important sign of whether a given plant or its fruit was edible, therefore natural selection favored individuals who were able distinguish edible from inedible foods at sight. Some fifty million years later, this tendency to choose foods on a visual basis is still very much a part of us, though we may not be consciously aware of it. It is however the reason that expert food arranging is so important to the full enjoyment of any culinary event. 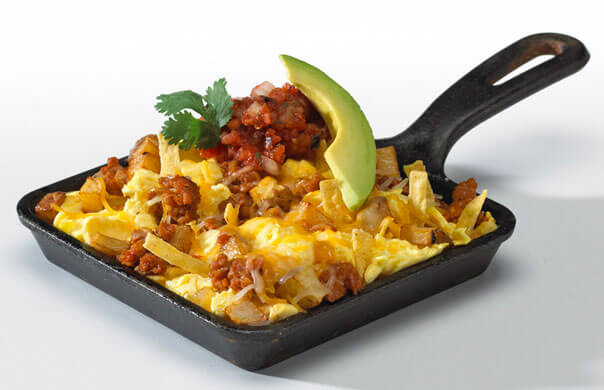